Building on the Bones, or: Why Structure Doesn’t Have to be Boring

[The following post contains references to STORY STRUCTURE. This concept is known to the State of California to cause people’s heads to explode. But who cares what California thinks anyway? Hippies.]

You know what’s fun? Watching movies after you’ve learned about three-act struture. Specifically the bit about the first plot point appearing at exactly twenty-five percent of the running time. It’s like magic. Try it sometime. Look up the total running time of the movie, divide by four, then sit back and wait for the midden to hit the windmill. It never fails.

You’ll be able to amaze your friends and family. Pretty soon they’ll be so amazed by your seemingly-psychic ability to predict the path of the movie they’ll have stopped watching movies with you entirely. Those brave enough to stick it out will remark in wonder, “Are you going to do this for every movie we watch?”

Okay, so maybe this isn’t the best way to endear yourself to your friends. But understanding structure is vitally important to composing long-form fiction of any kind.

However structure can be a bit of a brier patch when you’re first wading into it. For instance you might be tempted to say to yourself, “The first twenty-five percent of the book is spent on this boring ‘getting to know you’ crap? What kind of snooze-fest do you want me to write?”

Well, today I thought I’d share an example from a book I’ve been reading recently that follows the formula of structure to perfection and yet showcases the amazing amount of latitude afforded us writers within the confines of what structure dictates.

The book in question is Neal Stephenson’s Reamde. If you have even passed by this book in the store or at the library chances are you had to fight just to escape the gravitational pull generated by the sheer mass of the thing. Weighing in at over a thousand pages it’s easily the longest book I’ve read since the time I decided that Adam Smith’s An Inquiry into the Nature and Causes of the Wealth of Nations might make for an entertaining afternoon browse.

If you’re like me at this point you’re wondering, how in the heck is anyone going to spend two hundred and fifty pages just on setup? Surely when you’re writing a book this long you can skip ahead to the good stuff right?

And for a while it seems like that’s exactly what Stephenson has done. By somewhere around page one hundred we already have a bona fide bad guy on the scene and our heroes are off on a high stakes adventure. But then, just as you’re settling into the flow of the story, at almost exactly the two-hundred-and-fifty page mark everything is turned on its head. The placeholder bad-guy is unceremoniously killed off and the real Big Boss Troublemaker enters the narrative.

It is only then that we learn that all the stuff with the hackers, the Russian Mafia, the ex-military security consultants, all of it was 100% pure unfiltered setup for the “real” conflict. And it wasn’t boring.

The takeaway here is that just because structure dictates that the first quarter of the book should be dedicated to setting up the story, that doesn’t mean that it has to be a total snooze-fest. It can and should have conflict. It can even have bad guys. You’re just not allowed to introduce the bad guy until that magical twenty-five percent mark.

There’s lots more I could say here, but the  main point I’m trying to make is that the three act structure is more flexible than it appears at first glance. I understand why writers balk at the concept of being “constrained” by structure, but for me learning these principles has been a altogether liberating experience. And whether I’m watching a movie or reading a book, it’s always fascinating to see how so many stories work within these basic principles.

With InBoCoLuCy (International Book Composing Lunar Cycle) just around the corner I think my fellow authors would be well served to have the fundamentals of structure at least knocking around somewhere in the back of our heads as we wade into the sea of words.

Don’t let structure tie you down. Let it set you free. 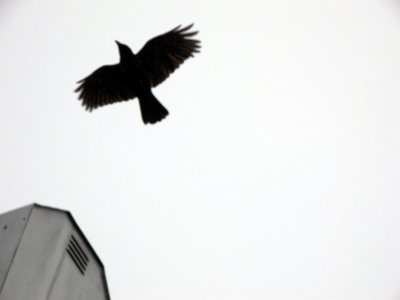 2 responses to “Building on the Bones, or: Why Structure Doesn’t Have to be Boring”