Bizzaro Book Review: The Devil in Chains by Adam Christopher 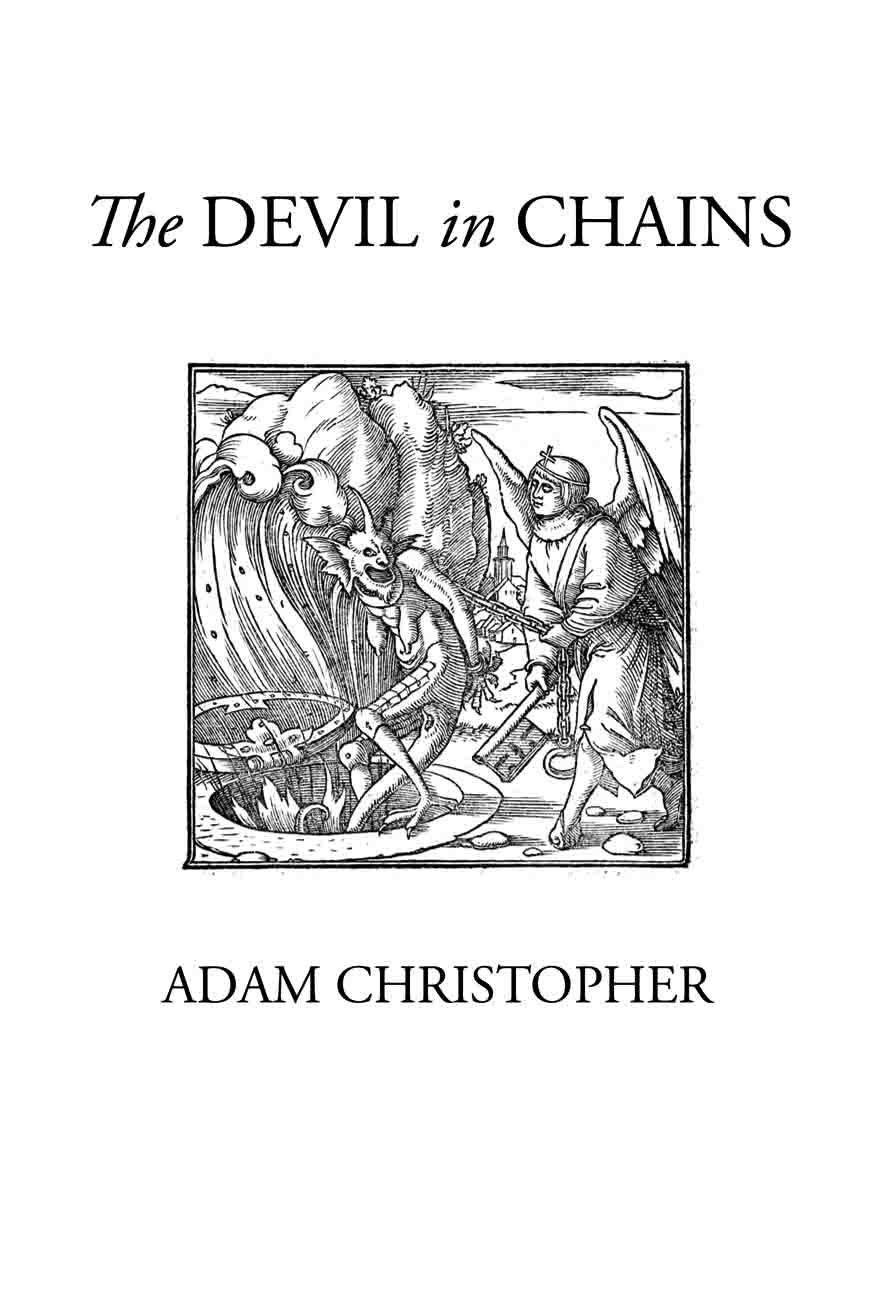 Today’s book review comes with something of a caveat. I started doing this weekly feature in order to showcase unusual types of stories, as well as quality self published works. However when I read The Devil in Chains by Adam Christopher I was faced with something of a dilemma.

The problem is this. I do not love this book. That’s not a snide way of saying that I hate it. It’s just a simple statement of fact. The problem is I’m a little squeamish about being critical of self published works. After all, these authors don’t have the luxury of a fat paycheck to cushion the blow of criticism. I’ve felt the sting of criticism myself and I know how badly it stings.

I could take the “If you don’t have anything nice to say don’t say anything at all,” way out, but that feels somehow disingenuous to me. The thing is, there were some things I did quite like about this book, and I want to be able to tell both the good and bad, and let you decide for yourselves. So here goes.

Starting with the bad.

If I had to sum up my main problem with this book in one word it would be this: flat.

The main character for instance seems to be something of a puppet, a mannequin being moved through the various plot points on a track the author had set up for him. He is given a history within the story, but only as an explanation for his knowledge of the dark arts. There is one moment when the protagonist experiences a flashback to a darker time of war and death, but it is a tiny island of color in a still gray sea.

The book is narrated in a very Victorian style of prose which is beautifully executed. However the detached style serves to distance the reader from the plot. For instance when the protagonist is fighting his way through the dark cave to face the eponymous devil in chains he is set upon by a great swarm of insects. While the idea of such an attack is terrifying enough, the calm manner in which it is related feels completely at odds with the true terror of the situation. When reading this passage I found myself wanting to hear the air thrumming with the wings of the cicadas. I wanted to feel a thousand insectile feet crawling across my skin. But instead I was left with a bare description of the facts.

The book is set in a fairly standard steampunk universe which is rendered well enough, but in by end I was asking myself, “Why?” The setting did not appear to be truly central to the plot in any way. In a way it detracted from the terror one might feel if such a story were told in a more familiar and believable setting.

It also had me scratching my head a bit. The story is set in an alternate universe in the year 2001. However every aspect of the culture is a carbon copy of the Victorian era. This left me asking myself, “How is it that the culture could have stagnated for two hundred years while so many technological advances were being made?” I contend that it would have been far more fascinating to see classic steampunk technology set in a world with a society similar to our own.

Now, for the good.

This is not a bad book. I am sure that statement may sound dubious after reading the previous paragraphs, but it is completely true. The author’s command of his prose is both masterful and polished. Despite my problems with the detached feel of the Victorian style prose, the fact that the author was able to slip into that mode so completely is a testament to his skill.

Likewise, the story was enjoyable on the whole. In spite of my earlier complaints about flat characterization, I found the actual events of the story to be completely engrossing. In particular I found the supernatural antagonist’s ability to create an army of facsimiles from the bodies of the newly dead villagers to be terrifying on a very primal level. One of these facsimiles, the Lambert-thing, may be one of the most unsettling villains I have yet encountered in literature.

In summary, in spite of its failings, The Devil in Chains is a truly unique variation on classic horror themes and it deserves to be recognized as such. At only 25,000 words it is a fast and engaging read. And since it is available for free download from the folks over at Smashwords, the price in unbeatable.

I give it ^ of ! stars. Go and check it out and decide its merits for yourself.