Long Write The King (And Boy Does He Ever)

Last week as I was sailing through the Twitterverse in my DataCruiser Ultrathon 2000 I came upon a flurry of tweets clustered around a single topic. I turned the DCU2K around and swung back by to take a closer look at the landscape of this factoid planetoid. I peered out the porthole in shocked amazement at the news that had everyone gasping with excitement. 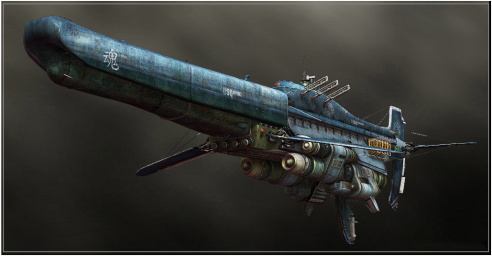 Stephen King had written a new book! Within only six months since his previous release the master of horror had crafted a work of almost a thousand pages.

My fellow tweeters were ecstatic. To their minds this news was the greatest thing possibly since the creation of the Twitterverse itself. To think of it: a thousand pages in only six months!

But I did not join in their frivolities. I sat back in the captain’s chair of the DCU2K and pondered within myself what it all might mean. It was tempting, very tempting to join in the chorus of shocked wonderment that such a long work had been completed in such a short amount of time, but something held me back.

This is the problem. I have read some Stephen King novels. Not all. But some. Some of them were good. Some of them I would go so far as to say they were great. But some were not.

Now before I go any further I want to make one thing clear. This is not, “Pick on Stephen King because he’s the biggest target around day.” I have a fantastic amount of respect for Mr. King. In some respects I could even say he has inspired me. His short stories in particular completely rewired the way I think about written language.

But.  Some of his novels meander on and on circling the idea of cohesion like buzzards circling a dead mule in the desert. And the reason I think this is a problem for Stephen King is because he’s a lot like me.

Hey, you in the back there, stop rolling your eyes. I’m not saying I’m as good as him; I’m saying from what I’ve read the way we think about writing is very similar.

Stephen King loves words. He does not love to outline.

And it shows. The way he says things is incredible. But what he says often is not. Sometimes he manages to meander his way into a fairly well structured story, but even then he’s got tangents and side-plots out the whazoo.

The thing that gives me pause is the hulabaloo about the length of his work. But the simple truth is that long books are not better books. They aren’t worse books either. They’re just longer.

The Old Man and the Sea is exactly as long as it needs to be. Can the same be said for King’s latest work? I don’t know.

It may be that every single one of those thousand pages contains vital words, words working in cohesion together toward a synergistic whole. But my suspicion is that some of those pages are fluff, uninspired tangents King penned while trying to figure out exactly where the story was going.

Maybe I’m nitpicking here, tearing down an idol to make myself feel better. After all, I’ve been known to suffer from *ahem* “length envy” when it comes to fiction. I do not naturally write long stories. My longest work so far is a 90,000 word book called In the Shadow of Doubt. It’s a story about a holy war in a tribe of anthropomorphic squirrels who live in a giant tree that fills the world. No. I am not making that up.

So maybe I’m out of line here. Maybe this is all the result of some subconscious jealousy. But all I really want is to be the best writer I can be. I want to understand what works for others and what doesn’t work.

There isn’t any core lesson to this blog, no deep moral to my ramble. I’m just trying to spark a little thought.

Stephen King wrote a giant book in six months. Is this a good thing?